The Proud Vikings of Lofoten 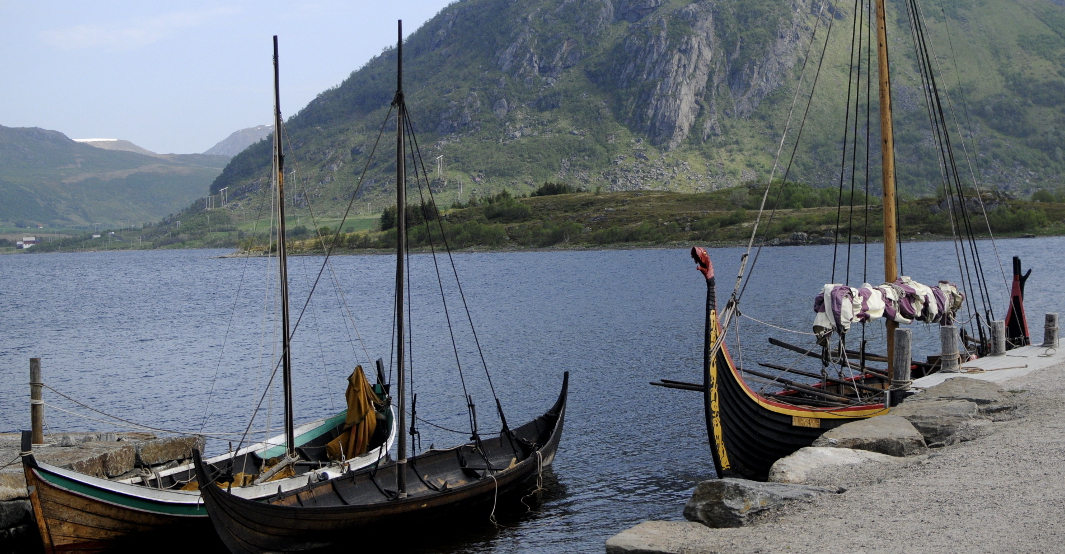 During the glorious Viking-Age of Scandinavia, Norse warriors raided, explored, fought and discovered new lands with their courage and wits as their only help. The Northern parts of Norway and especially the Lofoten islands produced quite a lot of those mighty heroes. Here’s why you should know about them.

During the Viking age, the Lofoten islands were politically dominated by a couple of influential Viking chieftains. In the Viking society of old, the chieftain (hersir) ruled by a mixture of political alliance (think weddings, presents, feasts) and military might. In order for the chieftain to assert his power, he had to recruit servants (huskarl), slaves (þrall) and make good use of his relatives (frændi) in order to obtain supremacy in his confines.

In Lofoten, There is evidence of several such Viking chieftaincies, mostly situated in the Eastern part of the archipelago. The main one, in terms of architectural remains, is Borg in the middle of the island of Vestvågøy. Borg has the privilege of being the biggest Viking-Age building ever found. The local chieftain, probably the oddly-named Oláfr Uni-brow is also mentioned in one Icelandic saga as being a skin-changer (hamrammr), a werewolf that is…(1)

Despite his potential skin problems, the chieftain of Borg was most definitely a successful man. He probably ruled over most of the fertile agricultural area on the East of Vestvågøy and used the system of shallow pools on the North side of the island to park longships. Numerous costly artifacts were also found in his longhouse, including some extremely rare and precious gold-leafed glasses and other imported drink-ware. (2)

Another chieftain we know from the saga is the famous Þórir Hjort (Thorir the Stag). Thorir is mentioned in numerous sagas in relation to his role as an opponent of the Norwegian king Olav Tryggvason. Thorir, who lived in the island of Austvågøy in the market place of Vågan, was one of the fiercest opponents to the king. (3)

When Olav took his fleet up north in Hålogaland (the district of North-Norway) he forcibly Christianized and killed all of his opponents. Few had the courage to face him in battle but Thorir was one of them. A terrible battle ensued in the fjords and scores of warriors on both sides fell. Ultimately, Olav’s troops prevailed and Thorir was chased into the forest. According to most accounts, king Olav killed Thorir by throwing a spear at him. However, in one account, it is said that as the body of Thorir fell on the ground, a majestic Stag jumped out of his body before heading into the deep woods. (4)

The seat of Thorir, Vågan would later become an important meeting place for the freemen of Hålogaland. It is there that the local legal assembly (Þing) of the North-Norwegian chieftains was held and trade was conducted. In his Saga of the Norse Kings (Heimskringla), the Icelandic author Snorri Sturluson says that one local chieftain, Åsbjørn Selsbane (Åsbjørn the seal-killer) was murdered by one of king Olav the saint’s henchman when he showed up at the market. In these days the trade of Stockfish (Tørrfisk) was centered on Vågan and the market served as an economic center of the region. In later times, the king and his officials would earn great wealth by taxing this trade, which actually was the biggest export of the Norwegian kingdom until oil was found in the sixties. (5)

Despite lying in a rather isolated corner of the world, the Lofoten islands were definitely seen as a regional center for all the men and women of North-Norway. The chieftains who ruled these parts were among the most powerful and influential people in the country and lived regal lives, often in defiance of the king and his allies in the south. In all aspects, Lofoten was much more the center of the world, at least their world, than anything else.