The Aurora through Medieval Arab Eyes 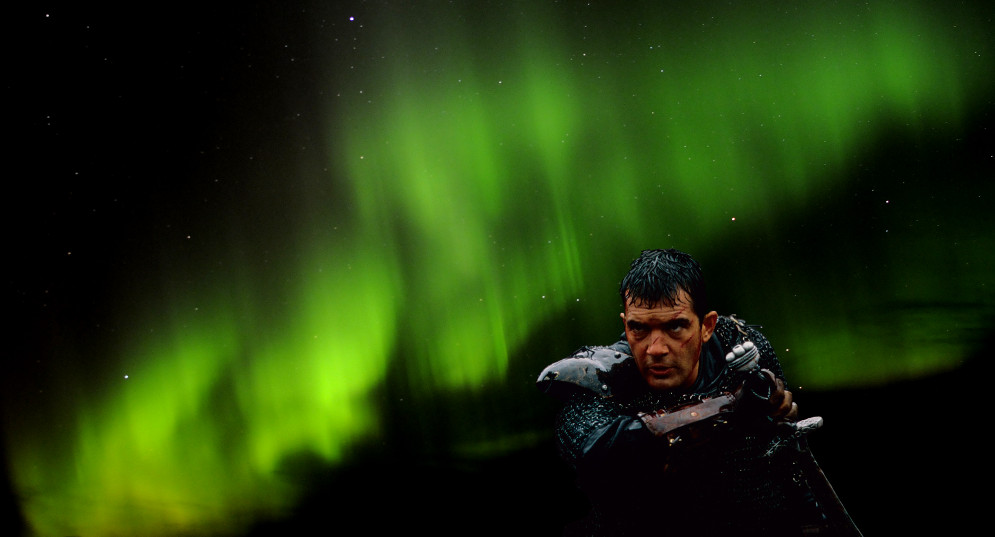 Intellectuals from the Medieval Islamic world were among the wisest and most knowledgeable of their time and some were extremely well-informed about the mysterious North, the land of the Northern Lights and the Polar Night.

In the year 922, the Iraqi dignitary and intellectual Ahmad Ibn Fadlán reached the land of the Eastern Bulghárs, near the Ural mountains. His famed account, which served, among other things, as the basis for the movie The 13th Warrior, contains descriptions of numerous wonders experienced by Ibn Fadlán himself. One of the most interesting of those is beyond a doubt a magnificent display of the Northern Lights, described by the Bulghárs as being the battling souls of supernatural spirits:

“The first night that we spent in [the land of the Bulghárs], before the light of the sun faded, [a full hour before sunset] I saw the horizon turn a brilliant shade of red and in the upper air there was a great noise and tumult. I raised my head and saw red mist like fire close to me. The tumult and noise issued from it and in the cloud were shapes of men and horses. These spectral men held lances and swords. I could see them clearly and distinguish them. Then suddenly another bank of mist appeared, just like the first, as one cavalry detachment falls upon another. Frightened, we began to pray and beseech god most humbly, while the locals laughed at us and were astonished at our behaviour. We watched the two armies charging. They clashed for a moment and then parted, and so it continued for an hour after nightfall. Then they vanished. We questionned the king on this subject. He claimed that his ancestors said: ´They are the believing and the unbelieving Jinn. They fight every evening and have not failed to do so every night since they were first created.´” (1).

Two centuries after Ibn Fadlán, the Andalusian intellectual Abú Hámid would reach the same land. Sadly, he didn’t get the chance to experience the Aurora but he nevertheless mentioned the fearful Polar Night that reigns supreme over ´The Sea of Darkness´:

“Beyond Wísú [East Karelia], there is a region known as Yúra, on the Sea of Darkness. The day there is very long in summer, so the merchants say that the sun does not set for the space of forty days. In winter, on the other hand, the nights are equally long. The merchants say that the Darkness is very close to this place, so that the people of Yúrá enter the Darkness provided with torches. In the Darkness there is a tree as big as a large village and on it perches an enormous creature, some say a bird.” (2).

Abú Hámid was also fascinated by the Uralic Yúra people who lived by the ´Sea of Darkness´. According to him, southerners feared them as they would bring winter wherever they went:

“The people of Wísú and Arú do not let the Yúrá enter the lands of Bulghár during the summer, because if any of them enters that territory during the hot weather, it grows cold, the water freezes as in winter and the people’s crops are ruined. This is something that has been proved.” (3).

While Abú Hámid was living in the northern expanses, the Turkmen doctor and zoologist Sharaf al-Zamán Táhir Marwazí was in Persia, writing about yet another Arctic people. His account of coastal walrus hunters and explorers living by the ´Sea of Darkness´ clearly has Scandinavian and Viking undertones:

“Beyond [the land of Yúrá] are a coast-dwelling people who travel far over the sea, without any [definite] purpose and intention; they merely do this in order to boast of reaching [such and such a remote] locality, […] In this sea is the fish whose tooth is used in hafting knives, swords and suchlike [walrus?]. Beyond them is a Black Land which cannot be crossed.” (4).

All in all it looks like the fascination with the Arctic lands and their inhabitants wasn’t just a Scandinavian or European fad, but was shared by neighboring peoples as well. To think that even southern Arab and Turkic scholars were spell-bound by the mysteries of the High North is a true testimony to the enduring allure of the Polar Regions.