The Aurora Otherworld of North-America 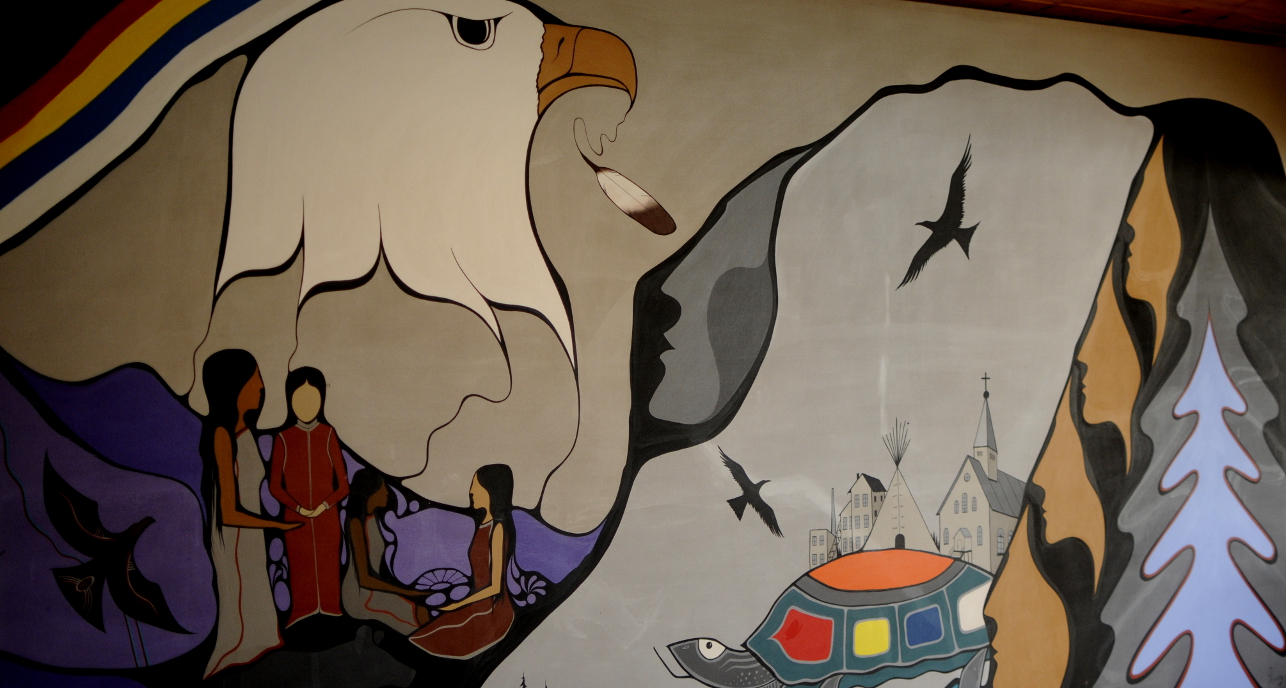 North-America has traditionally been inhabited by countless indigenous peoples, each of them with their own homelands, languages or dialects and of course also mythologies. As a result of this impressive diversity, tales and legends of the Northern Lights tend to vary a lot from place to place and Nation to Nation. However, despite those apparent random variations, there is one thread that seems to connect all of those Northern Lights stories. In every tale that we have been able to collect, the Aurora seems to be associated with some kind of otherworld. It sometimes is the Land of the Dead, or sometimes the Dwelling of the Gods and more often than not, its ominous presence can be seen as some kind of supernatural omen for humans to decipher.

One myth from the Ottawa Nation of Lake Huron for example, directly associates the Aurora Borealis with the Gods. In this tale, recorded in the late 1850’s, it is the Deity Nanaboozho that creates (among other things), the Northern Lights (1):

“The demigod Nanaboozho created the world and the human beings. After the creation was complete and people had received knowledge and experience in managing their environment, Nanaboozho passed on to his permanent abode in the North. But before he left mankind, he promised to look after them and follow their lives. As a sign of his protection he would from time to time light great flares whose reflection would be visible to mankind in the skies”

This idea that the Aurora is associated with Gods and non-human races is also found among the Menonimee, an indigenous Nation from North-Western Wisconsin. In this Nation’s myths, the light of the Aurora Borealis is said to come from the torches of the Manabai´wok, a race of benevolent giants (2):

“In the direction of the north wind live the manabai'wok (giants), of whom we have heard our old people tell. The manabai'wok are our friends, but we do not see them anymore. They are great hunters and fishermen, and whenever they are out with their torches to spear fish we know it, because then the sky is bright over the place where they are.”

The positive symbolism of the Northern Lights seems to be relatively widespread. Further North, the Ojibwe-Chippewa natives of central Canada associated the apparition of Northern-Lights with their traditional practice of night-time deer-hunting (3). The Aurora was viewed as a heavenly flock of deer and their arrival was a good omen for the hunters down below looking for their earthy counterparts (4).

However, if one ventures even further North, Northern Lights myths tend to become somewhat darker. A good example of this tendency comes from the Tlingit Nation of Southern Alaska. Indeed, the Tlingit traditionally associate the Northern Lights with the spirit of departed warriors. The souls of those warriors leave their bodies and reach the heavens of Kee-wa-kow-anne, “the above people’s country” by crossing the rainbow. Sometimes, the departed warriors would come out of their dwellings and show themselves to the people below by taking the form of the Northern Lights. Consequently, sightings of the Northern Lights became associated with war and were seen as an omen for battles to come (5).

For the Tlingit Nation, departed warriors eternally dwell in Kee-wa-kow-anne, “the above people’s country”

This last tale differs quite a lot from the other Native-American myths previously described, mostly due to the fact that it straightforwardly associates the Aurora with the departed and the threat of war. In many ways, this Tlingit tale is much closer to those found in the Inuit Homelands than the more southerly myths of Wisconsin or Ontario. This reminds us once again that, despite the fact that North-America was traditionally the home of hundreds of distinct tribes and Nations, ideas, tales and myths could travel far and wide.