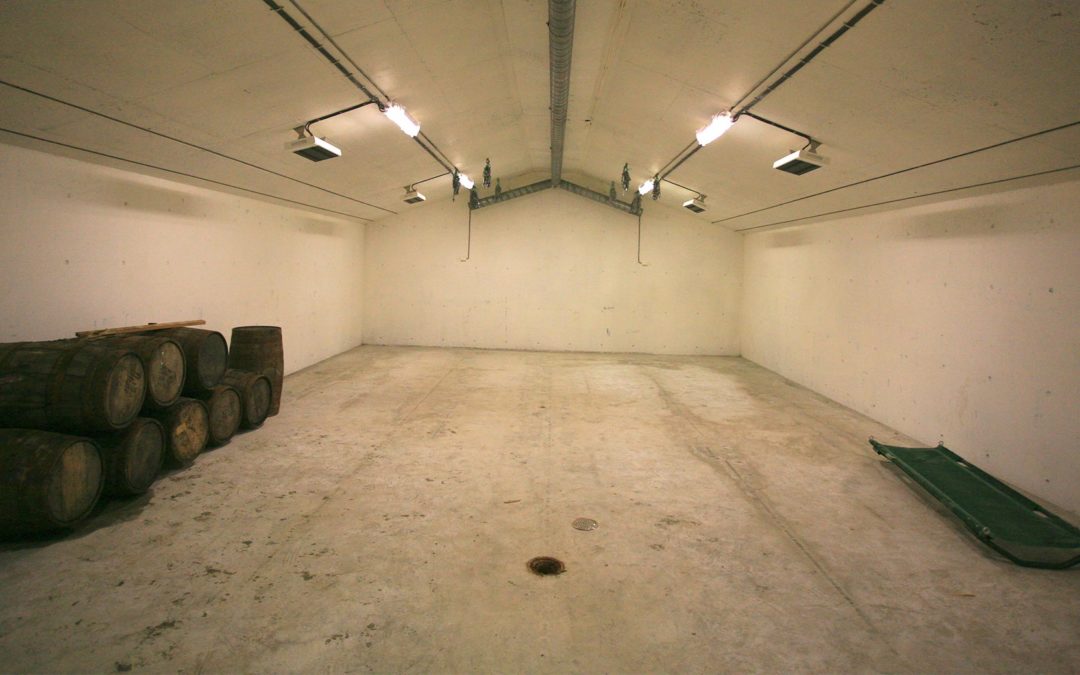 Storage in WW2 and NATO bunkers

We have access to several old WW2 and NATO bunkers on the premises, but are only using one bunker for cask storage. We are using another bunker as a “Stave – workshop”, where we make furniture, souvenirs, etc.

The “Cask” bunker is suitable for storage as it is not too far underground (just underneath) and it’s very close to the sea (10 metres). The temperature fluctuates throughout the year and it’s not too cold, internal dunnage temperatures vary from plus 2 degrees C to plus 15 degrees C. We really like the fact of reusing (recycling) an old NATO bunker again. This storage facility was actually intended to be used as an emergency hospital by the Army during the war.

The first test casks were filled on 22 November 2016. As we are a small craft distillery, our strategy has been to start wide in terms of size and types. We have stored Whisky in 40, 125, 190 and 250 litre casks. The wood is both Spanish oak, American oak and some small casks are of Hungarian oak. Most of the casks are Bourbon and Sherry casks, but we have also been able to source Sauterne, Madeira, Rum and Tinto casks.

The casks that holds the first Bivrost Whisky are a mix of Bourbon 190 litre casks, Hungarian Virgin Oak 50 l. and Oloroso Sherry casks 250 l. These were filled and stored between 13 January 2017 and 17 March 2017. 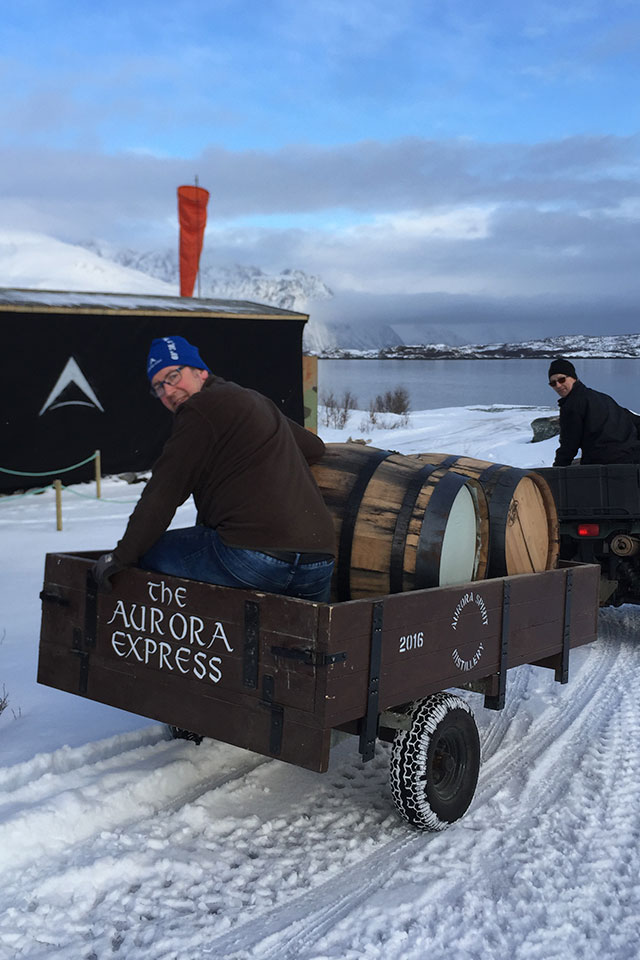 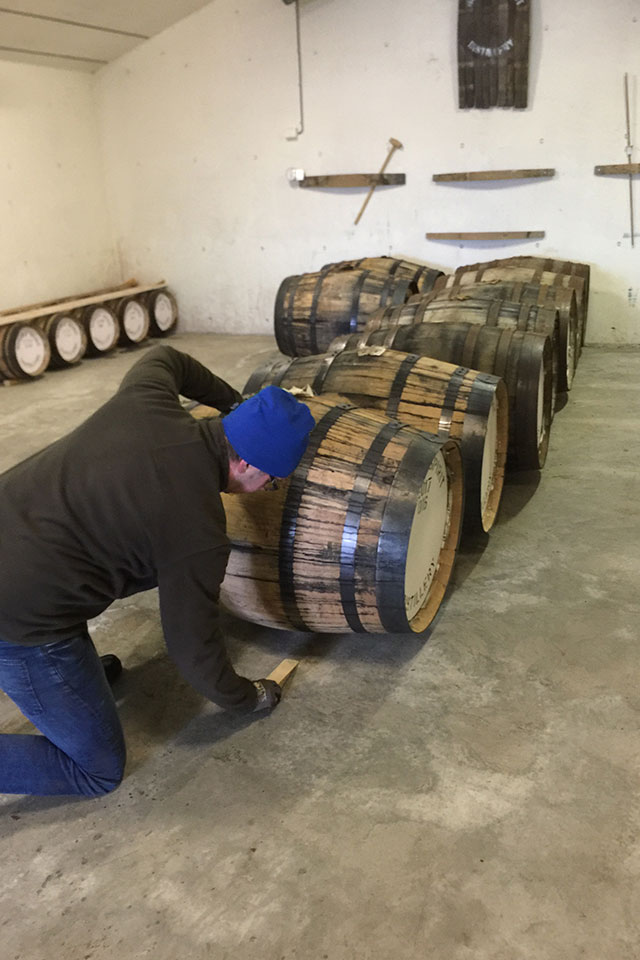