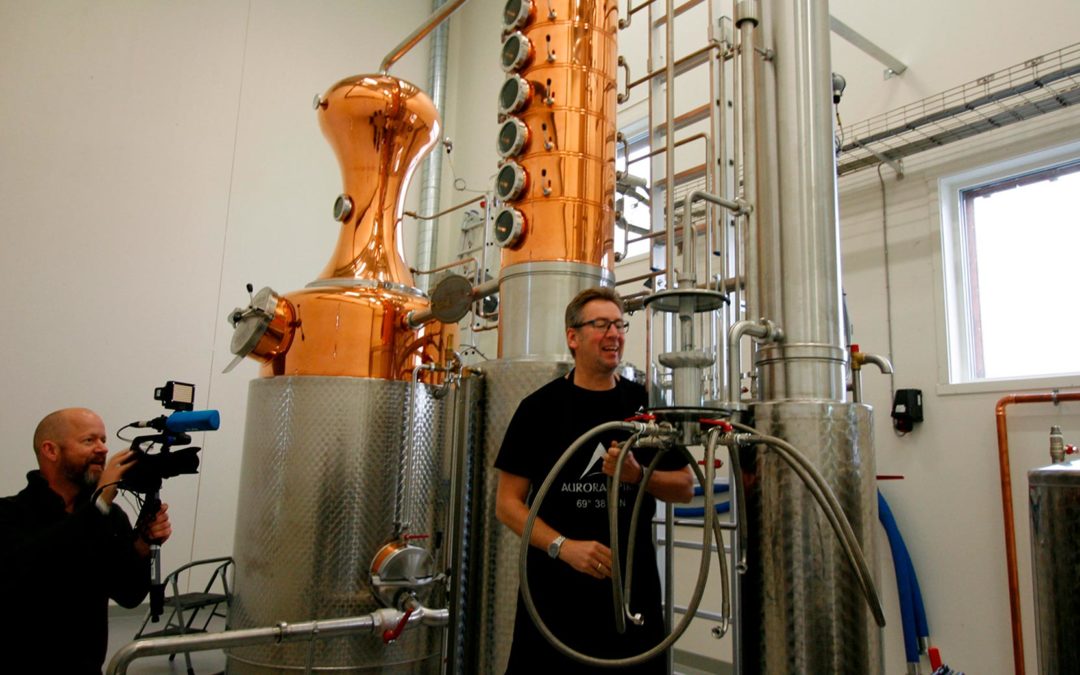 The first batch of Whisky – distillation took place end of October 2016. We produced a small test batch, where most of the new make went into smaller private casks. Right after christmas we started up the commercial production.

For the first distillation, we got valuable help from our experienced friends, Johann Brandstatter and Mats Carlehøg.

There are several small glaciers that are supplying our water source with melted glacial water, one of them is called “Rottenvik-breen”. Due to the Arctic temperature and the high alpine landscape, almost all the water sources surrounding the Lyngen Alps and the Lyngen peninsula are receiving some melted glacial water. During the last 100 years the glaciers have melted slowly in this area. We know this for a fact, actually one of the most interesting tourist activities in the early 20th. century was when cruise ships anchored up about 1 km north of the distillery and chopped out ice from the “Strupen – glacier”, which ran all the way down to the fjord. Today the glacier has contracted so far back you can’t even see it from that same spot. At the same time we are not afraid of the supply the next 100 years, as there are still so many glaciers in the alpine range. Both we and our wash supplier, Mack brewery, have to filter the water that is used for production as there are some silt particles in it. Glacier melt water though is high in mineral content.

During the planning stage we made the strategic decision to work with Mack, due to the fact that they are close to us and have some of the best competence and experience in Norway for making beer (which also relates to Whisky). Their production plant is situated 70 km south of us, in the village of Nordkjosbotn. Our head distiller, Gjermund Stensrud, has worked as a brewer at Mack for more than 20 years and knows all possibilities related to producing our wash. He works closely with the production team at Mack to secure the right quality for our wash. The barley used in our production is mainly from Finland / Viking malt. It’s a pure Nordic barley which has good quality. In addition, we work with some local farmers to see if it’s possible to source some barley locally. The challenge is the hard winters, of course. Mack is using a brewer’s yeast (AJ 1522), which does not give the highest of yield, but gives a sweet, caramel-like flavour to the finished distillate.

Our still is designed by renowned engineer Leif Nerhammar. He designed a still which was tailormade for our needs. It generates a pleasant and elegant character in all our products, which can be attested to several international awards on the white spirits. The new make has been tested by experts, such as Dave Broom and Blair Bowman, who both confirm we are going in a very good and interesting direction.

The first batch of new make was 1200 litre wash, which we distilled for approx 9 hours. The cut from head to heart and from heart to tales are done by the distiller, which uses smell, viscosity, taste, temperature and ABV as indications on when to do the cut. We cut relatively late on the head and also on the tale (due to the nature of our equipment). The tale is redistilled. 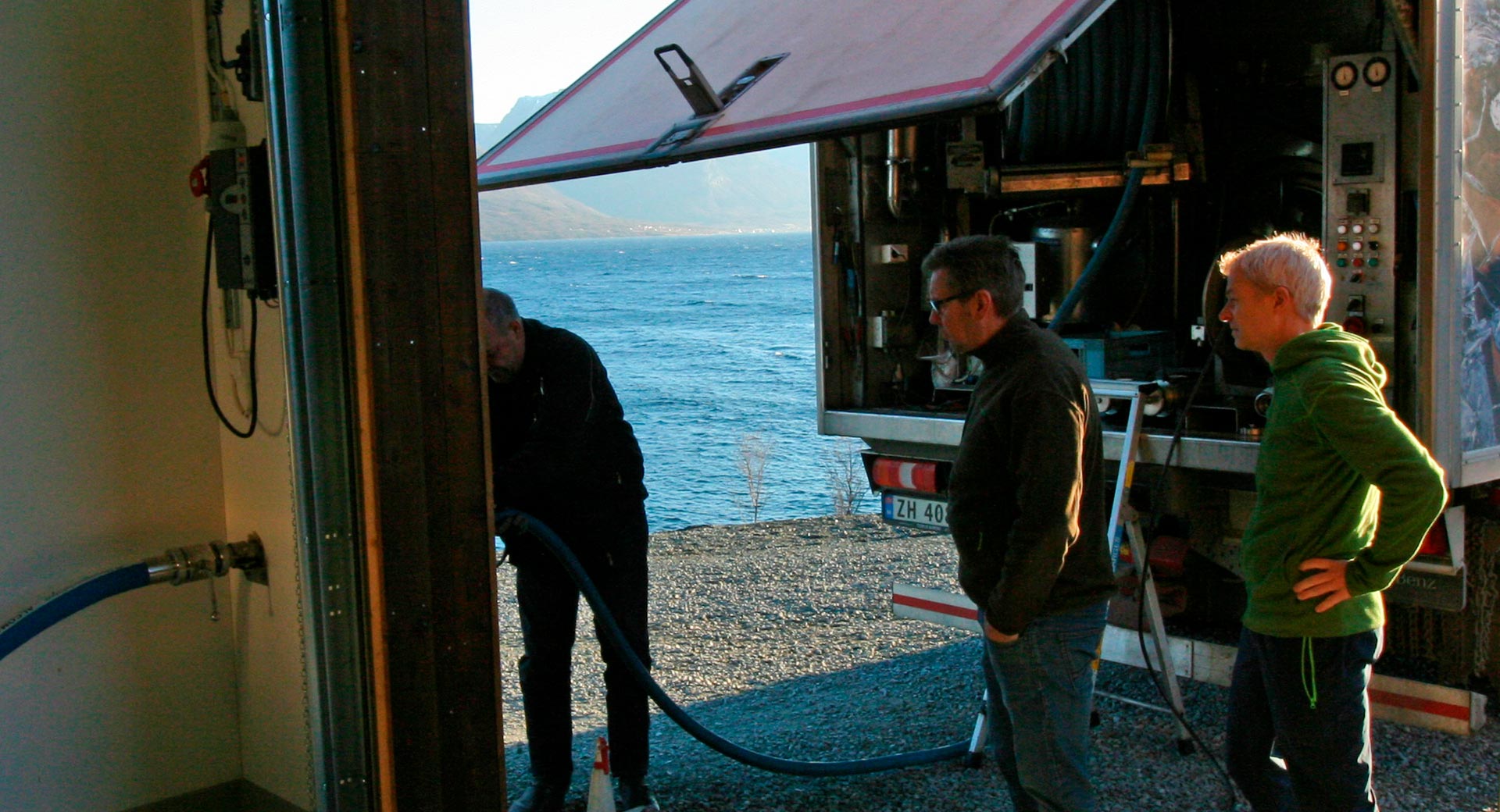 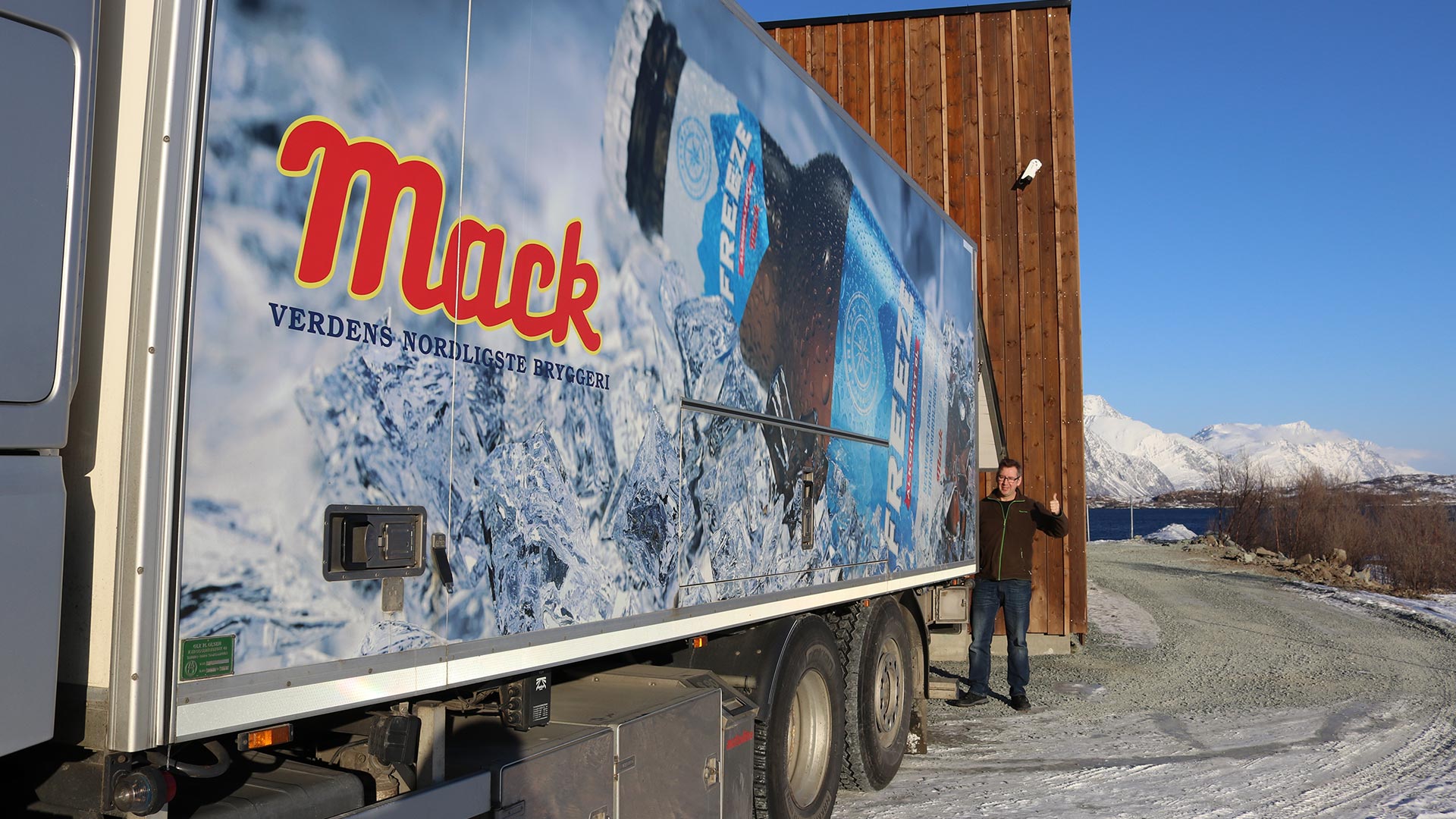 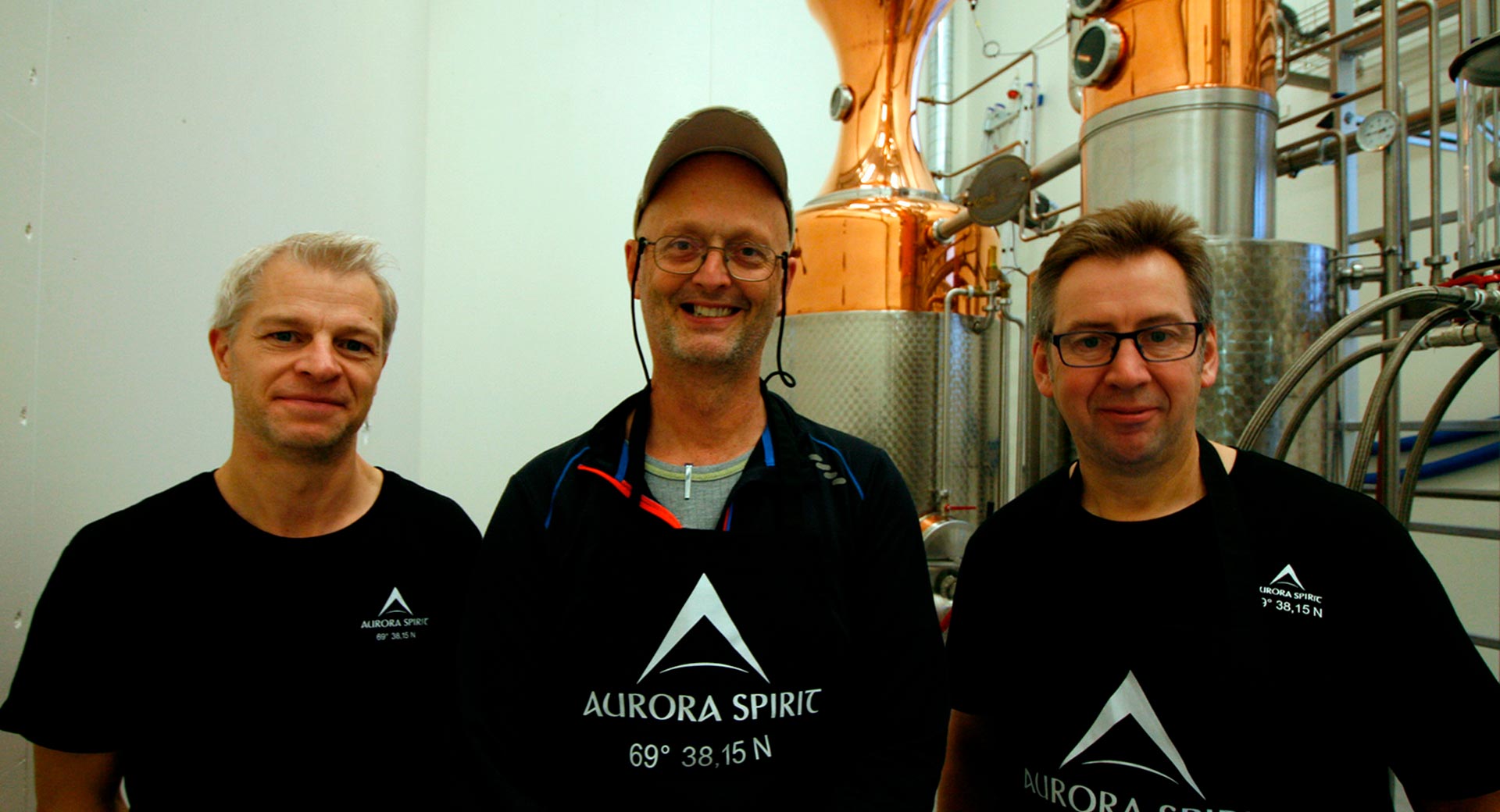 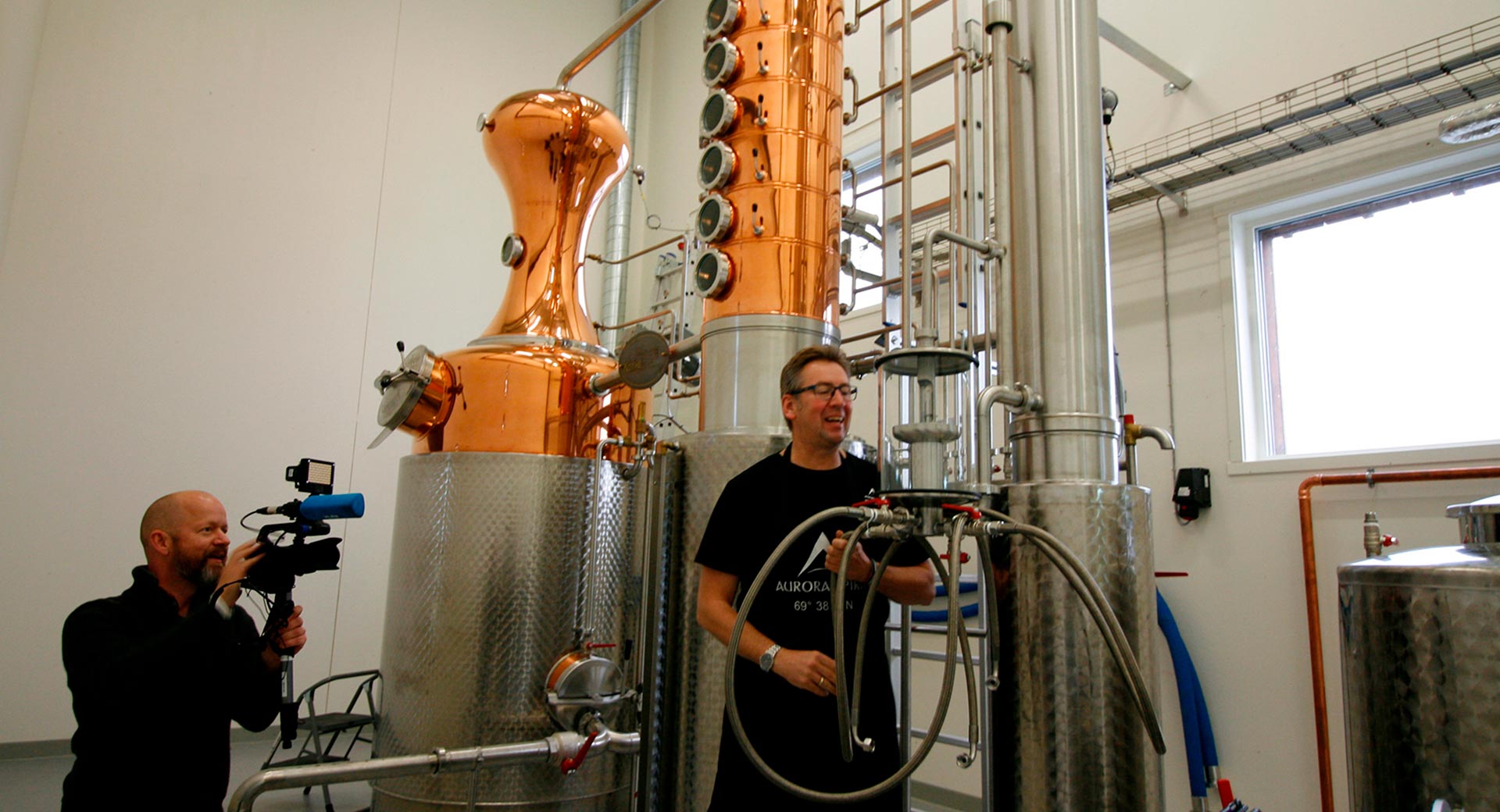