Drinking Customs of the Vikings 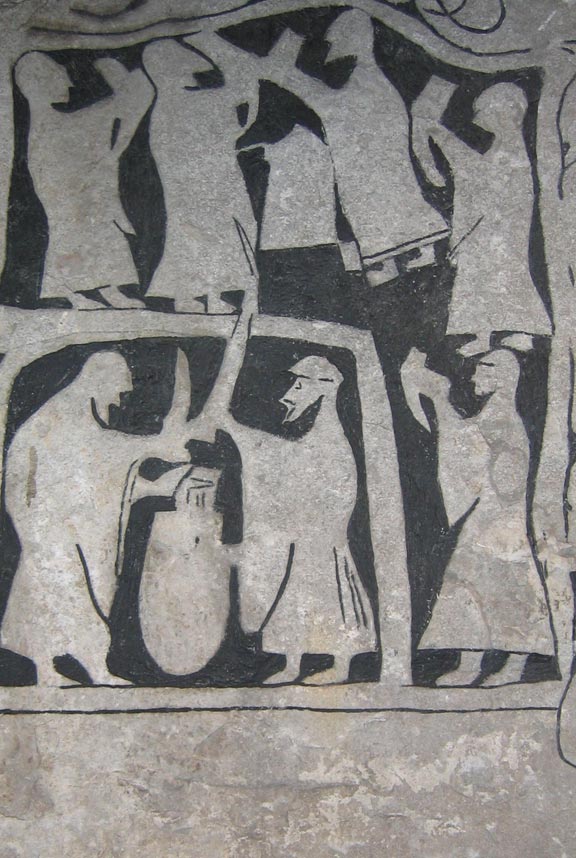 For the ancient Norsemen, drinking was much more than just consuming alcoholic beverages. Drinking ale and mead was instead part of their ancestral lifestyle and had deep cultural and religious significance.

Why do people tend to associate Vikings and drinking? In our modern age, most people have at least heard about the ferocious men of the North and their mighty feats but were the Vikings just drunkards, ready to gulp down any alcoholic beverages in between two longship raids? The answer is actually much more complicated and fascinating than that.

The drinking culture of the Norsemen is one of the few aspects of ancient Scandinavian culture that both archeology and literature agree on. Medieval Norse-Icelandic sagas are literally filled with tales of mead-drinking, ale-brewing and beautiful Valkyries serving refreshments to fallen warriors in Valhöll. Similarly, the archeological record of the Nordic lands is full of drinking vessels, brewing equipment and images of happy drinkers (1).

The Old Norse mythology very much confirms the idea that Norsemen treated alcohol as a sacred beverage. The tale of the theft of the sacred mead is one of the most well-known Norse tales. It centers around the God Óðinn (whose name actually means ´the ecstatic one´) and his quest to secure the magical mead Óðroerir for his kin, the Gods of Ásgarðr (2).

The mead was originally created following the signing of a peace treaty between the two families of Gods, the Æsir (Óðinn, Þórr…) and the Vanir (Freyr, Freyja…). To seal their bonds of friendship, all the Gods consecutively spat in a bowl, and from this bowl rose, Kvasir, the wisest of all men. Sadly, despite his incredible wisdom, Kvasir could not avoid an untimely death at the hands of two scheming dwarves who killed him and collected his blood which was the mead of poetry, Óðroerir.

The dwarves were later forced to surrender the mead to Suttungr, a mountain-dwelling giant. Upon hearing about the new location of Óðroerir, Óðinn managed to enter the mountain and met Gunnlöð, Suttungr’s daughter and guardian of the mead. Óðinn managed to seduce her and thus obtained access to the precious beverage which he brought to his home of Ásgarðr in the form of an eagle after swallowing it all.

This rather puzzling tale becomes much clearer when analyzing the numerous symbols which make up the narration. First of all, the wise Kvasir rising from a bowl of spit might actually symbolize an age-old Germanic ritual: chewing and crushing berries before leaving them in a bowl to make them ferment. This theory becomes even more interesting when one considers that the name Kvasir is probably related to the Norwegian word kvase (‘to crush, squash’…) (3).

The theft of the mead by Óðinn can also be explained in a similar symbolic way. It is well-known that the Norse giants (Jötnar) have always been viewed as the opponents of the Gods and that the Deities of Ásgarðr regularly acquire valuable items, knowledge and even wives among them (4). The unscrupulous Óðinn has therefore no qualms about deceiving the maiden Gunnlöð and his wooing of the giantess could be seen as a symbolic marriage. A union almost immediately broken when the God escapes his bride (5).

The tale also mentions that upon escaping the mountain, Óðinn is followed by an angry Suttungr and that in his attempt to counter the assaults of the now bird-shaped giant; Óðinn spilled some of the beverage on earth which caused the lucky few who received it to become scholars and Skalds (Old Norse poets) (6). This legend is confirmed by the numerous mentions of the mead of poetry made by skalds during the Viking-age.

Even beyond the myths, it appears that Norsemen put a lot of thought into drinking. Consuming the divine beverage was considered a core part of any celebrations, marriages and meetings. During such events, the warriors, served by the lady of the house would hail the Gods and their ancestors as well as make boastings and oaths which were considered sacred. Through drinking, Norsemen would therefore weave their fates and address the Gods (7).

This tradition was so strong that even after the official conversion of Scandinavia Norsemen held on to those traditions as if nothing had changed. The tale of Ásbjörn Selsbani, a Christianized North-Norwegian chieftain from Trondenes (near Harstad) is a perfect example of this obsession: Ásbjörn needed grains to brew beer for his Christmas feast and had to travel to South Norway to buy some. Stopped in his wake by soldiers of the king Saint Olaf, he ended up taking revenge unto them, ultimately dying himself (8).

His death, caused by an ardent desire to keep the old Scandinavian drinking tradition alive would lead his family to rebel against their king and to his untimely downfall. When the desire for a drink causes revolutions and the death of kings one realizes that for Vikings, drinking was more than just gulping beverages: it was a beloved aspect of their age-old culture they would rather fight and die for than give up.