An Introduction to the Lofoten Islands 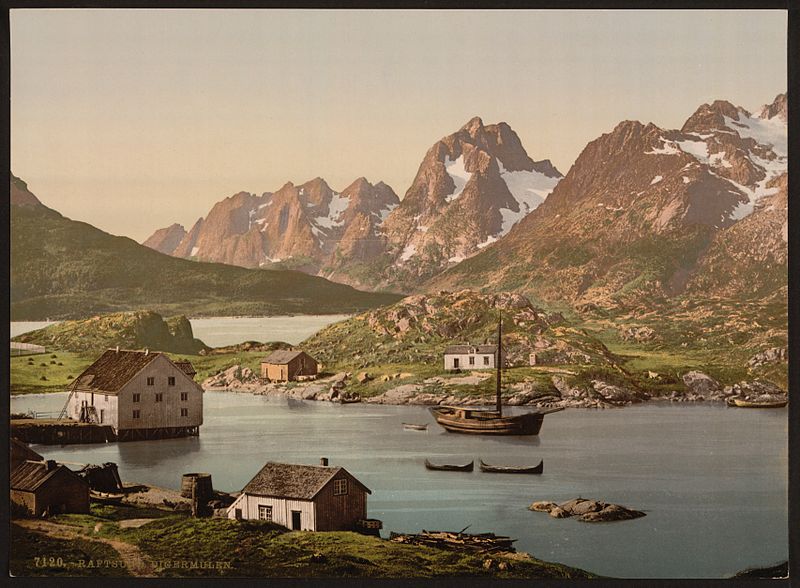 What is Lofoten? In short, Lofoten or the Lofoten is an archipelago situated above the Arctic Circle in North Norway within the limits of the county (fylke) of Nordland. Lofoten is a regional union (Interkommunale regionråd) comprising six municipalities (kommune) that are geographically, historically and culturally linked.

Lofoten isn’t all that big. The six municipalities that make up the archipelago cover an area about as big as the city of Los Angeles (1) but with much fewer people: Less than 25,000 people live on the islands on a permanent basis. Those islands are mostly made up of mountainous peaks and deep fjords with only a limited area suitable for habitation or agriculture.

Communities in Lofoten are rather few and far-between. Only two settlements so far have been granted a city charter, Leknes (pop. 3200) and Svolvær (pop. 4500). The rest of the islanders live on much smaller villages and hamlets, almost all situated along the coast on the southern side of the archipelago. Most of those settlements are nowadays connected by a modern road-system but some communities, especially those on the outer islands of Røst and Værøy are only accessible by the old fashioned way, by boat that is.

Acknowledgingly, at first glance the Lofoten archipelago seems no different from any other rural communities that adorn the coast of Norway. But the Lofoten occupies a unique place within the national psyche because of the peculiar and influential place it has occupied throughout Norwegian History.

The Lofoten, which have been inhabited for at least 11,000 years form a gigantic (150 km.) landmass arm sticking out of the Norwegian mainland in the west into the North-Atlantic Ocean. South of the archipelago, lays the Vestfjord, a gigantic bay boasting of a unique ecosystem. Since the end of the last Ice Age, several thousand years ago, this large body of water has acted as the biggest maternity ward in the world: Each winter, between January and March, millions of pregnant Atlantic Cod (Skrei -2-) migrate to those (moderately) warm waters to lay eggs.

This abundance of fish in the winter season seem to have been very quickly exploited by local inhabitants and throughout prehistory, a large and sustainable fishery system was established. The particularity of the traditional fishery of Lofoten is that those cod were dried in the open by the strong maritime winds and could be kept edible for up to, in some cases, fifteen years! .

Those fisheries soon attracted outside attention: people from all around Norway and even Iceland (3) came to partake in the fisheries. Vágar (nowadays Nyvågar in the island of Austvågøy ) was the seat of the regional Þing (assembly) (4) and in the 1200’s it was awarded a town charter, becoming in the process the world’s northernmost medieval town (5). During the Middle-Ages, the export of dried cod (Tørrfisk) was the backbone of Norwegian economy and remained the biggest single economic asset of the kingdom until oil was discovered in the 1960s.

Throughout the centuries Lofoten has played both a vital and pivotal role in Norwegian History and it would be impossible to sum up the entirety of what the glorious archipelago has to offer in a few words. Brace yourself for more incredible histories along the cold coast of the jewel of Arctic Norway.