What do a Scotsman, doctor, scuba diver and hairdresser have in common?

Find out by reading about how extraordinary people came up with the idea of making Northern Lights alcohol. 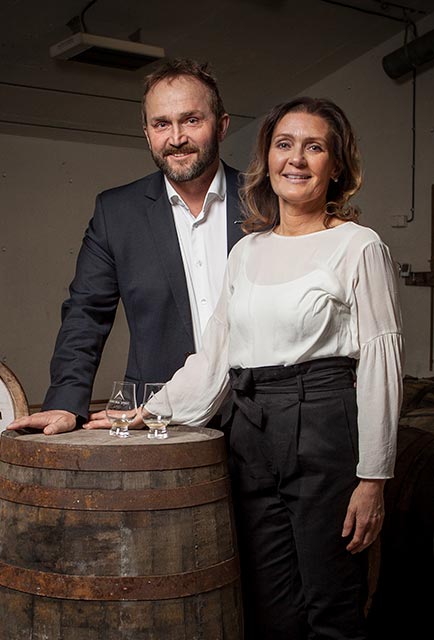 A couple of years ago, a doctor, a scuba diver and a hair-dresser were gathered in a cottage in Arctic Lyngen. Why and how is not important but, at some point, Hans (the doctor), Tor (the scuba diver) and his wife Anne-Lise (the hairdresser) started discussing a common interest; local food and drinks. Although they come from different backgrounds, they agreed that there was a serious lack of local quality drinks for the rapidly growing Northern Lights industry. Why must visitors to Arctic Norway drink foreign products? Why not make local drinks for tourists and others?

Hans, being an owner of an adventure company, had recently visited Scotland and noticed this magic country was very like Norway. The mountains, fjords, rivers and the people, their dark sense of humour and warmth and passion for the country they live in. One difference…Scotland has whisky! Could Norway have whisky too? It was during this conversation that Hans launched the idea of building an Arctic distillery.

Tor first suspected the good doctor of doing some experimentation in the medicine cupboard. But with his pragmatic business background, he dived into the numbers, statistics, legalities and hard facts of establishing an alcohol business in one of the most legislated countries in the world. Maybe this was not such a bad idea, after all? After several discussions with his wife, he went one evening to Hans: “I am quitting my job, and we are going for this”, he said. “Do you want to join in?” Hans spent about a nano-second to decide. 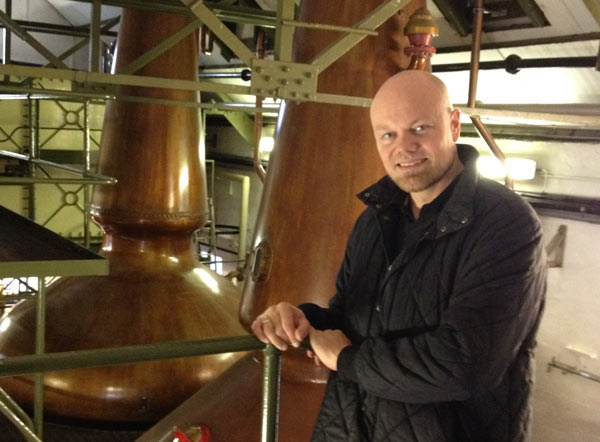 Funded by Innovation Norway, the team investigated the possibilities further on the Scottish island of Islay. This brought in one of Hans’ connections; Colin Houston of the Scottish Highlands. The team was complete! Tor Petter and Colin realised they had a lot in common. Maybe too much, fast cars, fast boats, scuba diving, skiing, adventure and just a smidge of danger… which comes in handy when doing something crazy like this. Colin has a touch of knowing everyone, well at least the most important people to know. During the trip to Islay, the team visited eight distilleries in three days and had productive talks with all the managers. Based on these inputs, the team decided to build a combined distillery and visitor centre in Arctic Lyngen.

Anne-Lise, being a creative entrepreneur and business owner, came up with a suitable name for the business; Aurora Spirit. Aurora from Aurora borealis – the Northern Lights – and “Spirit” as related to both state of mind or personality and the alcohol relation.

Inspired by the Northern Lights, the brand name was chosen. Hans discovered “Bivrost”. Bivrost comes from old Norse language and is one of the names used for the Northern Lights. Bivrost was believed to be a bridge between heaven and earth, guarded by the fierce god Heimdallr. The brand was registered as an alcohol brand in the EU.

In spring 2015, the planning of the world’s northernmost distillery started and the equipment was ordered. The foundations were laid in December and, thanks to competent consultants, architects, entrepreneurs, Innovation Norway and a very helpful Lyngen municipality, the world’s northernmost distillery opened in the summer of 2016. Aurora Spirit Distillery is now making some of the purest alcoholic drinks. Guests can enjoy the spectacular visitor centre and learn about Arctic culture and making alcohol under the Northern Lights.