In Northern Norway, Barley was the most important grain until the Second World War. Barley can withstand the harsh climate here north and has been an important trade route for us for hundreds of years. This is documented through NIBIO/Holt Research Farm’s work.
The main aim of the proposed project is to produce the world’s northernmost Barley and/or malt, for whisky production, in collaboration with local farmers in Northern Norway, research expertise from UiT / Holt research farm and expertise from the Scottish Whisky Industry.

We received funding from Innovation Norway and SkatteFunn (Research Council of Norway) to initiate the project.

The first phase was finding farmers willing to contribute to the project. We were able to find three farmers in the Lyngen area. One of them had previously sown barley on one of his fields. The Barley we chose was “Brage” and “Floy”, which were sown at three different locations in early May 2019. 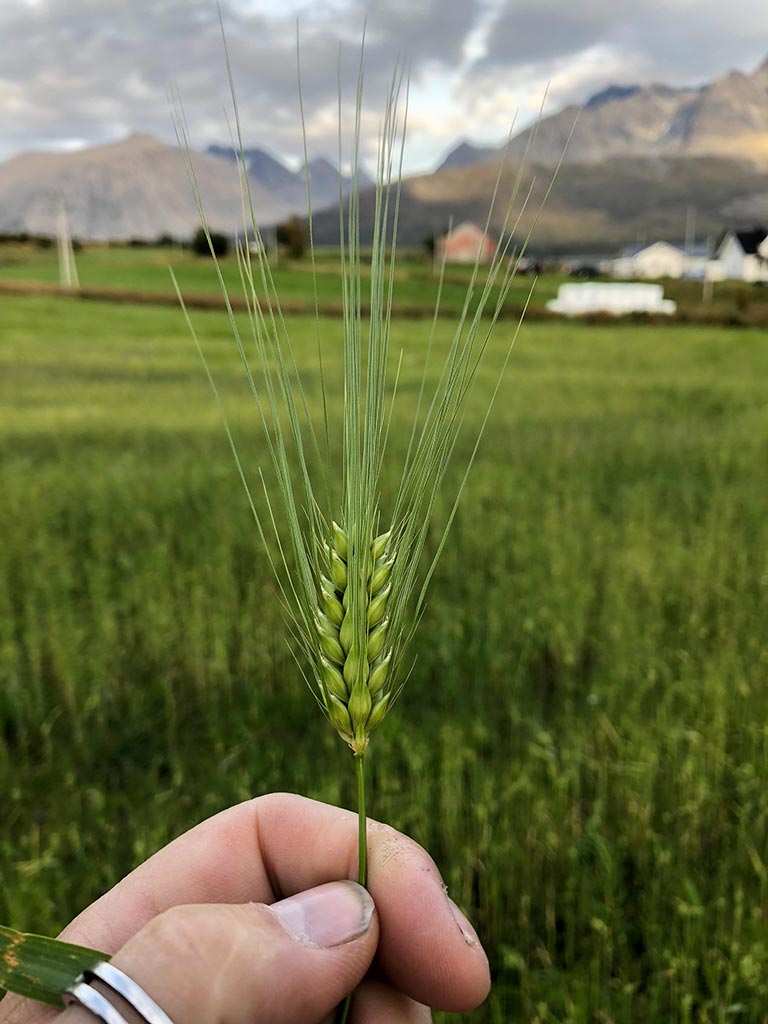